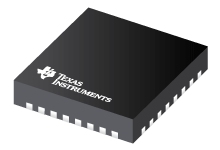 This product is not recommended for new designs.

Replaced By TCA6424A – The device has the SAME FUNCTIONALITY and PINOUT as the compared device but is NOT an exact equivalent. TCA6424A is an enhanced version of the TCA6424 with performance enhancements related to Interrupt and Reset.


TI does not recommend using this part in a new design. This product continues to be in production to support existing customers.