TPS22965-Q1
ACTIVE
This product has been released to the market and is available for purchase. For some products, newer alternatives may be available.
5.5V, 4A, 16mΩ Automotive High-Side Load Switch With Adjustable Rise Time & Quick Output Discharge 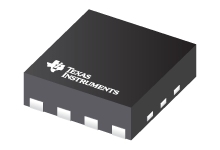