UC3524A
ACTIVE
This product has been released to the market and is available for purchase. For some products, newer alternatives may be available.
Advanced 40 VCC, double ended 300KHz voltage mode PWM controller with 45% duty cycle, 0C to 70C 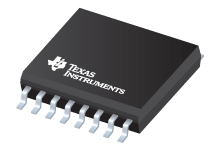