TIDL software is available as part of TI’s free Processors (SDK) for Linux. The initial release of TIDL supportsCNN layer types with most of the popular CNN layers present in frameworks such as Caffe and TensorFlow.  Follow Processor SDK Linux TIDL documentation to learn the latest list of TIDL supported
layers.

Want to get started right away?

AM57x Sitara Processors run the deep learning inference. The inference is the part that is deployed in an end application to perform a specific task, i.e. inspecting a bottle on an assembly line, counting and tracking people within a room, or determining whether a bill is counterfeit. The neural network must still be trained on a desktop or cloud environment and then the trained network must be imported into the AM57x Sitara Processors using TI’s device translation tool.

See the figure below for the TIDL development flow and components of TIDL.

More details on each of these are provided further in the TI Design Guide for deep learning inference for embedded applications reference design and in the Getting Started Guide (GSG) user’s guide section on deep learning.

There is also a Matrix-GUI example that is based on ImageNet. This demo can recognize up to 1,000 different classes of object and display the label on the screen along with the image. This can run from either a live camera or from a pre-recorded video clip. A subset of “acceptable” classes are used for classification filtering to tune demo performance and can be listed in the source file “findclasses.cpp.”

More information on these demos can be found here. 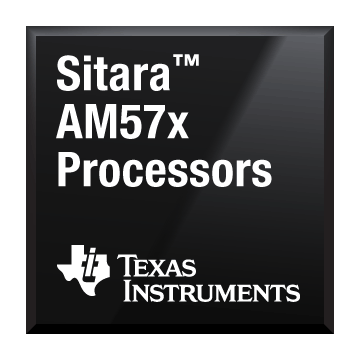