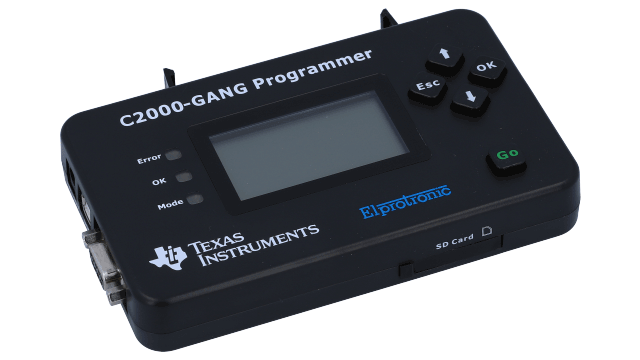 - Interactive Mode: Programming while connected to PC using the C2000 GANG Programmer GUI.
- Program from Image: An image can be stored, which contains configuration options and code files. This allows users to program C2000 devices standalone, without a PC.
- Programming from Script: Enables developers to automate more complicated programming procedures.

The C2000 Gang Programmer is provided with an expansion board, called the Gang Splitter, which implements the interconnections between the C2000 Gang Programmer and multiple target devices. Eight cables are provided that connect the expansion board to eight target devices (via JTAG or Spy-Bi-Wire connectors). The programming can be done with a PC or as a standalone device. A PC-side Graphical User Interface is also available and is DLL-based.