LM5035B
ACTIVE
This product has been released to the market and is available for purchase. For some products, newer alternatives may be available.
PWM controller with Integrated half-bridge and SyncFET Drivers with Increased max duty cycle 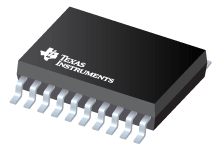