CY74FCT2543T
ACTIVE
This product has been released to the market and is available for purchase. For some products, newer alternatives may be available.
Octal Registered Transceivers with 3-State Outputs and Series Damping Resistors 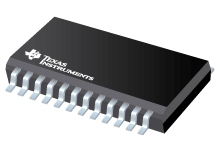