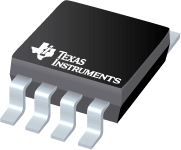 Features for the TCA9406

Description for the TCA9406

The TCA9406 is a 2-bit bidirectional I2C and SMBusvoltage-level translator with an output enable (OE) input. It is operational from 1.65 V to 3.6 Von the A-side, referenced toVCCA, and from 2.3 V to 5.5 V on the B-side,referenced to VCCB. This allows the device to interface between lower andhigher logic signal levels at any of the typical 1.8-V, 2.5-V, 3.3-V, and
5-V supply rails.

The OE input pin is referenced to VCCA, can be tied directly toVCCA, but it is also 5.5-V tolerant. The OE pin can also be controlled andset to a logic low to place all the SCL and SDA pins in a high-impedance state, which significantlyreduces the quiescent current consumption.

Under normal I2C and SMBus operation or other open-drainconfigurations, the TCA9406 can support up to 2 Mbps; therefore, it is compatible with standardI2C speeds where the frequency of SCL is 100 kHz (Standard-mode), 400kHz (Fast-mode), or 1 MHz (Fast-mode Plus). The device can also be used as a general purpose leveltranslator, and when the A- and B-side ports are both driven with push-pull devices the TCA9406 cansupport up to 24 Mbps.